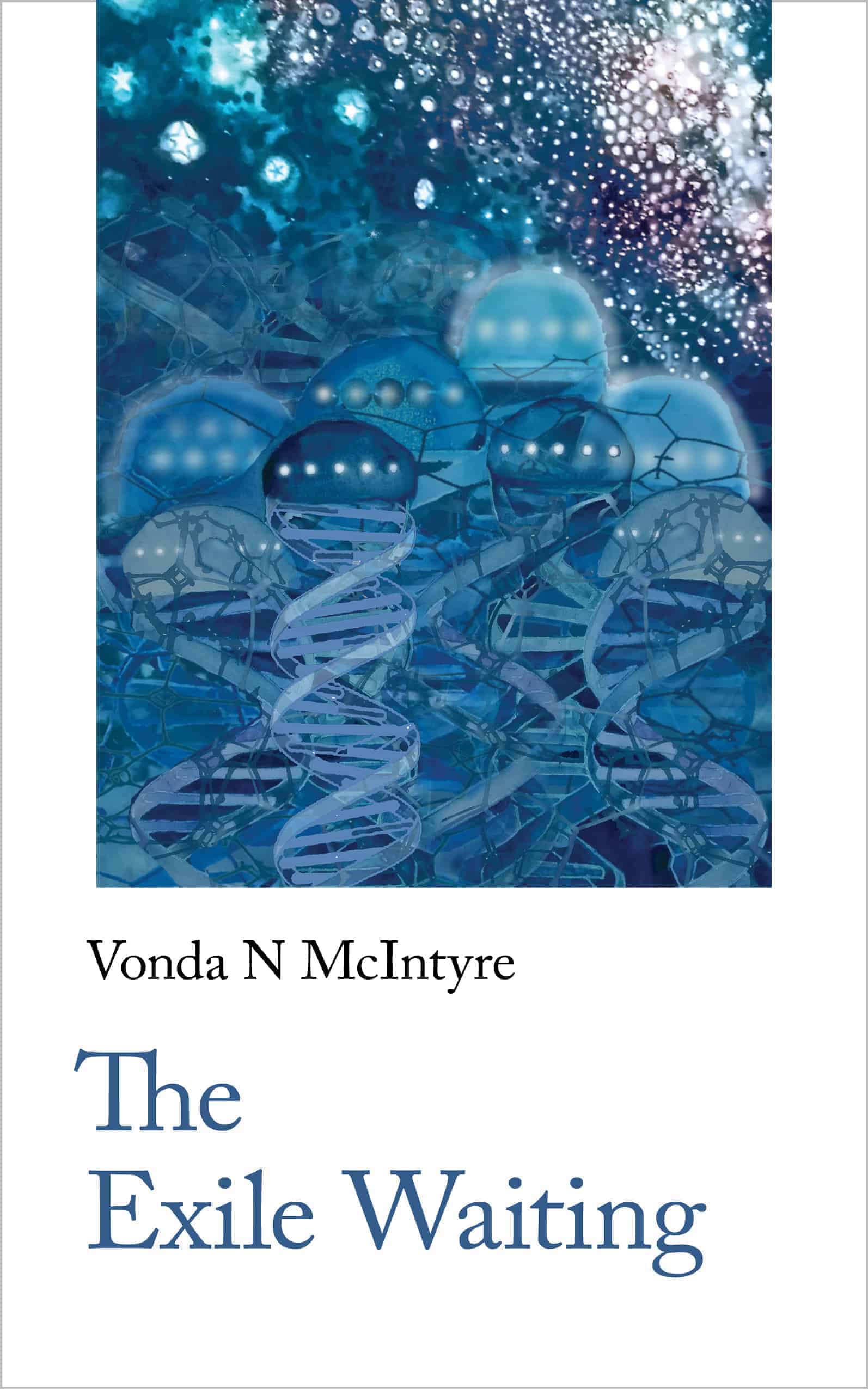 The Exile Waiting was the first novel by Hugo and Nebula award-winning novelist Vonda N. McIntyre. First published in 1975, it introduces the world that McIntyre later made famous with her multi-award-winning Dreamsnake: a post-apocalyptic world in which Center, an enclosed domed city, is run by slave-owning families who control the planet’s resources and are strangling the city’s economy with their decadent demands.

This new edition from Handheld Press features cover art by Jane Cornwell, which Vonda saw and approved shortly before her death in early 2019.

Una McCormack wrote the Afterword, which has been longlisted for the British Science Fiction Association non-fiction award for 2019 (read an extract here).

Also included is a bonus short story: McIntyre’s forgotten origins story “Cages” was first published in 1972 and was rediscovered during the preparation of this edition.