The Clarion West community has been devastated by the passing of Vonda McIntyre, our founder.

Vonda passed away in her Seattle home on April 1, 2019, at 6:25pm, surrounded by friends. She was diagnosed with stage 4 metastatic pancreatic cancer in February this year, and the swift progression of the disease shocked her entire community. She was 70 years old.

Since founding Clarion West in 1971, Vonda has been a continual inspiring presence at the workshop and in the Seattle writing community. She leaves behind generations of Clarion West graduates who benefited from her kindness, intelligence, grace, and wry sense of humor. She was well known among students for her yarn “sea creatures” or “coral brains,” which she crocheted every year for the class as stress relievers.

Throughout her life, Vonda was a tour de force in the world of science fiction. She attended the original Clarion Workshop in 1970, where she was roommates with Octavia E. Butler. Just three years later, she won her first Nebula Award for the novelette “Of Mist, Grass, and Sand,” and followed it up with the novel Dreamsnake, which won both the Hugo and Nebula Awards in 1979. She was the third woman to receive the Hugo Award. Over the course of her career, she penned a huge body of Hugo, Nebula, Sturgeon and Tiptree award-nominated work, as well as several well-received Star Trek novels, including one which gave Ensign Sulu his first name, Hikaru. Her Nebula-winning fantasy novel The Moon and the Sun has been made into an as-yet-unreleased film, The King’s Daughter, starring Pierce Brosnan. Throughout her life, she was a champion and pioneer in feminist SF, and remained friends with SFF luminaries all around the Pacific Northwest, including a close friendship with Ursula K. Le Guin, who passed away in January last year. Vonda continued writing in her final months, and just two weeks ago was able to complete her final novel, entitled Curve of the World.

It is difficult to express how deeply Vonda contributed to the world of science fiction and fantasy in her 70 years. Through Clarion West alone, she leaves behind 40 years of graduates whose lives and careers have been profoundly inspired and changed by her efforts. We’d like to take this moment to express our deep sadness and regret at her passing, as well as celebrate the wonderful things she achieved in her life. Please check out her official obituary, hosted at File 770, as well as her CaringBridge page, for more from her closest friends and loved ones.

A memorial service for Vonda will be arranged in Seattle. She has requested that, instead of flowers, people make memorial donations to one of their favorite charities. 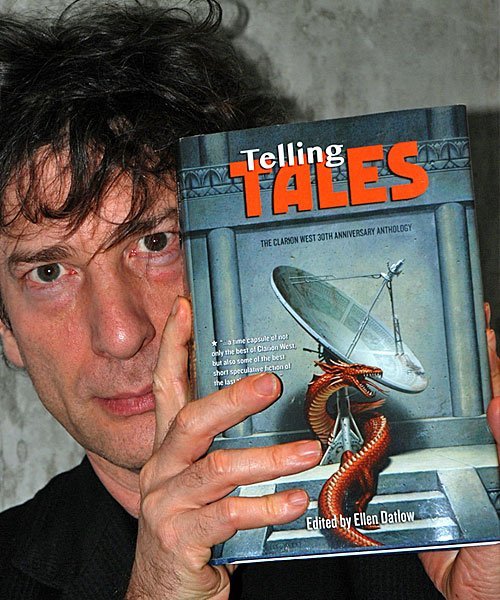 Black Stories Matter What follows is the beginning of a living document listing the Clarion West community’s recommended reading by Black and African American authors. These authors are our alumni, instructors, staff, friends, and heroes, and they include writers of Clarion San Diego as well. While we wish to keep this list focused on science…

With a gift of $1,000, Blue Corn Creations, a publishing firm undertaking a variety of Native American-themed projects, has launched a scholarship for writers of Native American descent at the Clarion West Writers Workshop. “We’re excited about developing the next generation of Native superhero, science fiction, and action/adventure stories,” said Rob Schmidt, owner of Blue…

That’s a wrap! We’d like to thank everyone who participated in this year’s Write-a-thon: every writer, every donor, every instructor, every reader, every audience member. You make Clarion West possible. In a harrowing year that feels like science fiction, you all joined us as we launched a hugely ambitious experiment to go fully online with…

Seattle—Clarion West has been approved for a $10,000 Grants for Arts Projects award to support salaries and administrative costs for expanding online adult and youth writing workshops. This project will bring together the rich history of Clarion West intensive writing workshops with the need to provide low cost and accessible online programming for emerging writers…