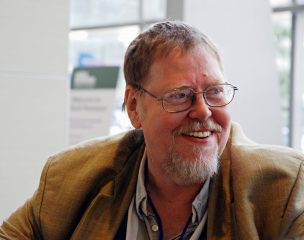 We are grieved to report that writer, editor, and four-time Clarion West instructor Gardner Dozois has passed away due to complications from a systemic infection. The loss to our community is immeasurable, and we mourn his passing.

Gardner served as the editor of Asimov’s Science Fiction Magazine from 1984–2004, winning 15 Hugos and 35 Locus Awards for Best Editor. His critical work as a reviewer included a monthly column in Locus Magazine. He was a gifted writer, and his fiction won the Nebula Award for Best Short Story twice, as well as a Sideways Award.

His influential work as editor at Asimov’s, along with his annual Year’s Best Science Fiction anthologies helped shape the field of science fiction and fantasy. His importance to the field was recognized here in Seattle on June 25, 2011, when he was inducted into the Science Fiction Hall of Fame. This year, Gardner was awarded the Science Fiction Writers of America’s Solstice Award for lifetime achievement.

Gardner’s talent and experience as both a writer and an editor, his spot-on, constructive critical feedback, sage career advice, and innate fairness made him a great instructor. He was kind and helpful, and always honest. Gardner was well-loved and appreciated by students for his warmth and encouragement as well as his quick wit and ribald sense of humor.

Celebrated for his dedication and willingness to read through daunting slush piles to discover emerging talent, Gardner was the first-time publisher for many acclaimed writers. Clarion West students were occasionally treated to Gardner’s hilarious readings of writing mistakes culled from those anonymous slush piles. They were highly entertaining as well as educational.

Gardner was supportive of Clarion West, and kindly contributed comments about one of his former CW students for our Clarion West 30th anniversary anthology, Telling Tales.  He often kept in touch with former students and offered encouragement and advice.

His larger than life personality, talent and big heart will be missed, but his fiction, his impact on the writers he worked with, and his influence on the field as an editor and a critic will live on. Condolences to his family, friends, and all whose lives he touched. Thank you Gardner, for everything. 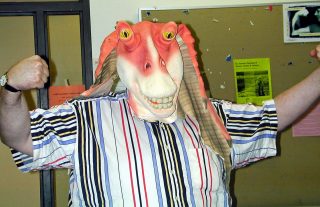